If you still need some gifts, but don't feel like leaving the house, here are a few handmade gift ideas for you. You may have the materials on hand already. Creating at home sounds so much better than fighting crowds in stores at the moment!

I have added some new patterns to my Etsy shop.

What about this pretty infinity scarf? They are very easy to make, and I believe a woman can never have too many scarves. Make them in your recipient's favorite colors and patterns for a personal and fashionable gift! 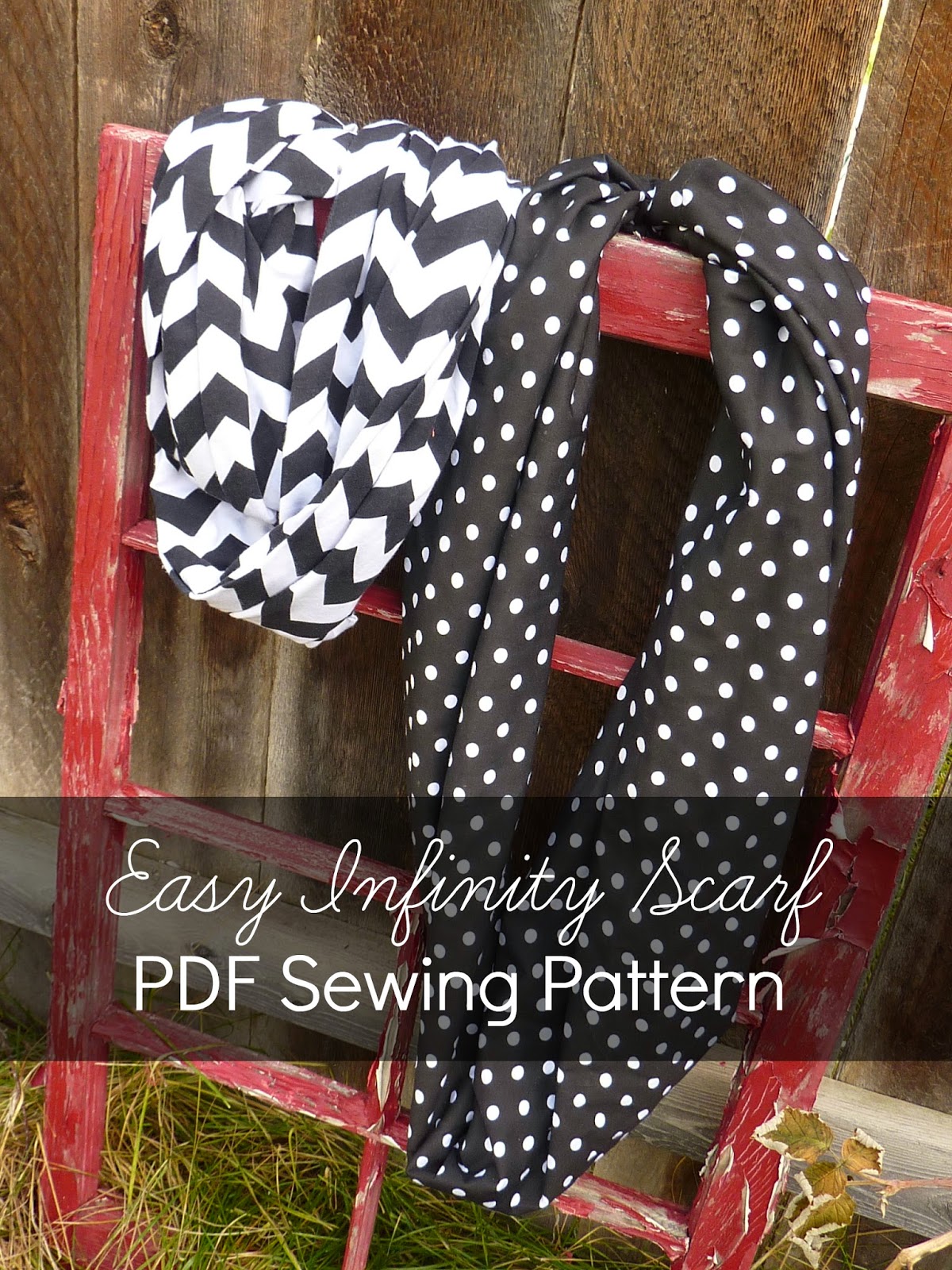 Or, if you have a bit more time, and want to make something that you cannot find in any store, try this fancy flower scarf: 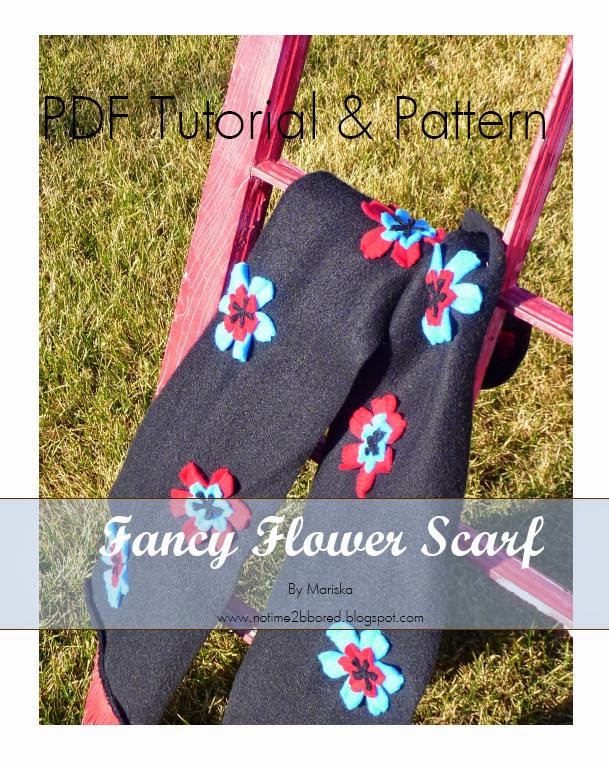 If you like to crochet, here are some other ideas:

A chunky crochet chevron cowl. Because you use chunky yarn, this project is very fast! 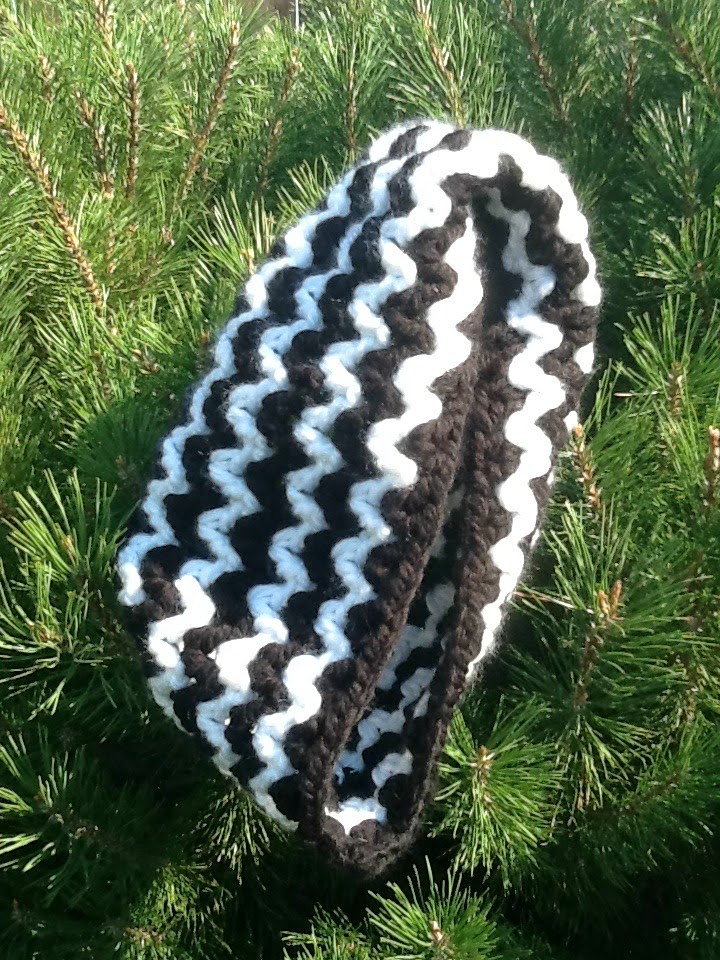 The pattern for the cowl below is my best-selling item. 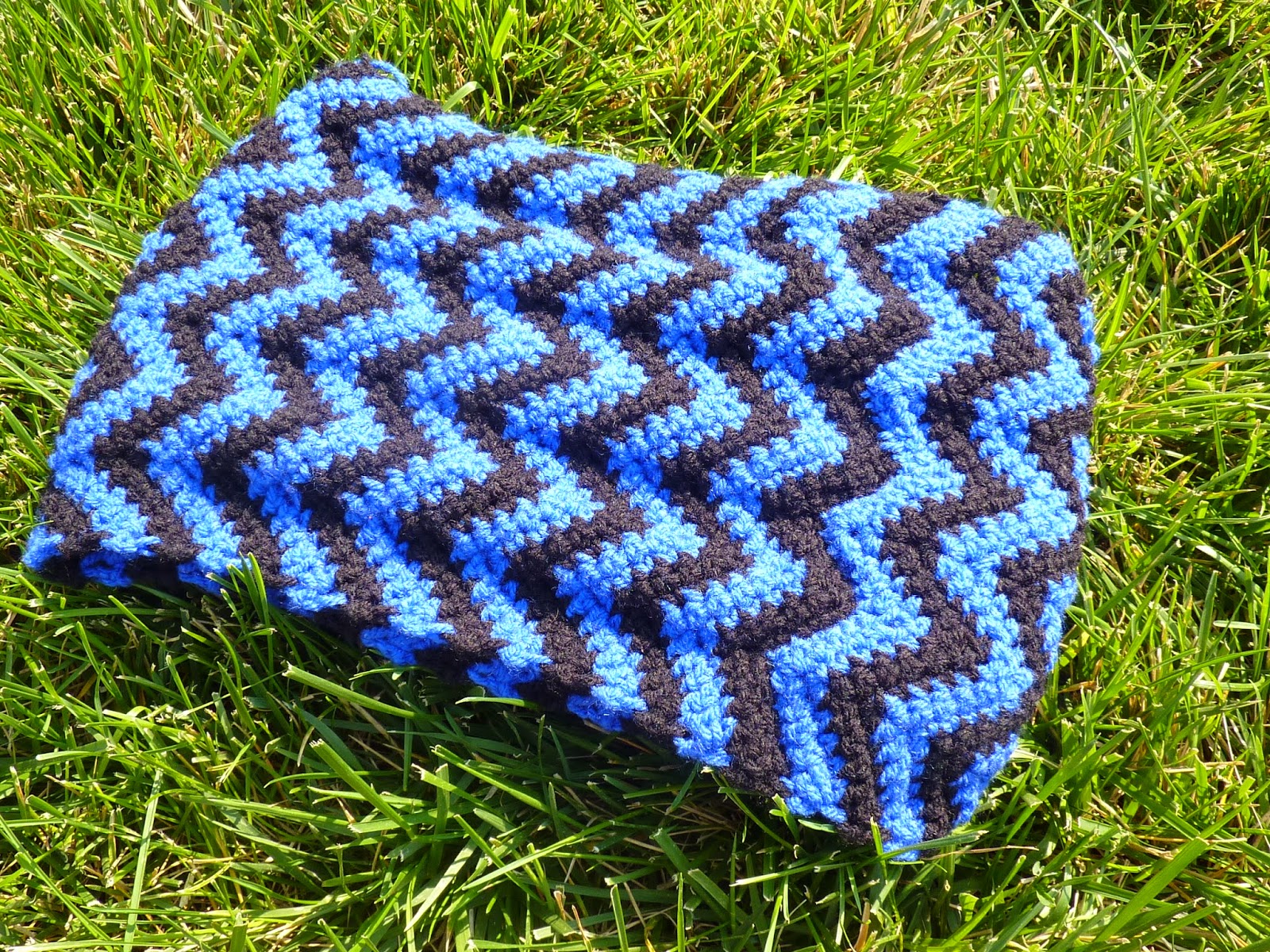 Followed closely by this herringbone/chevron headband. 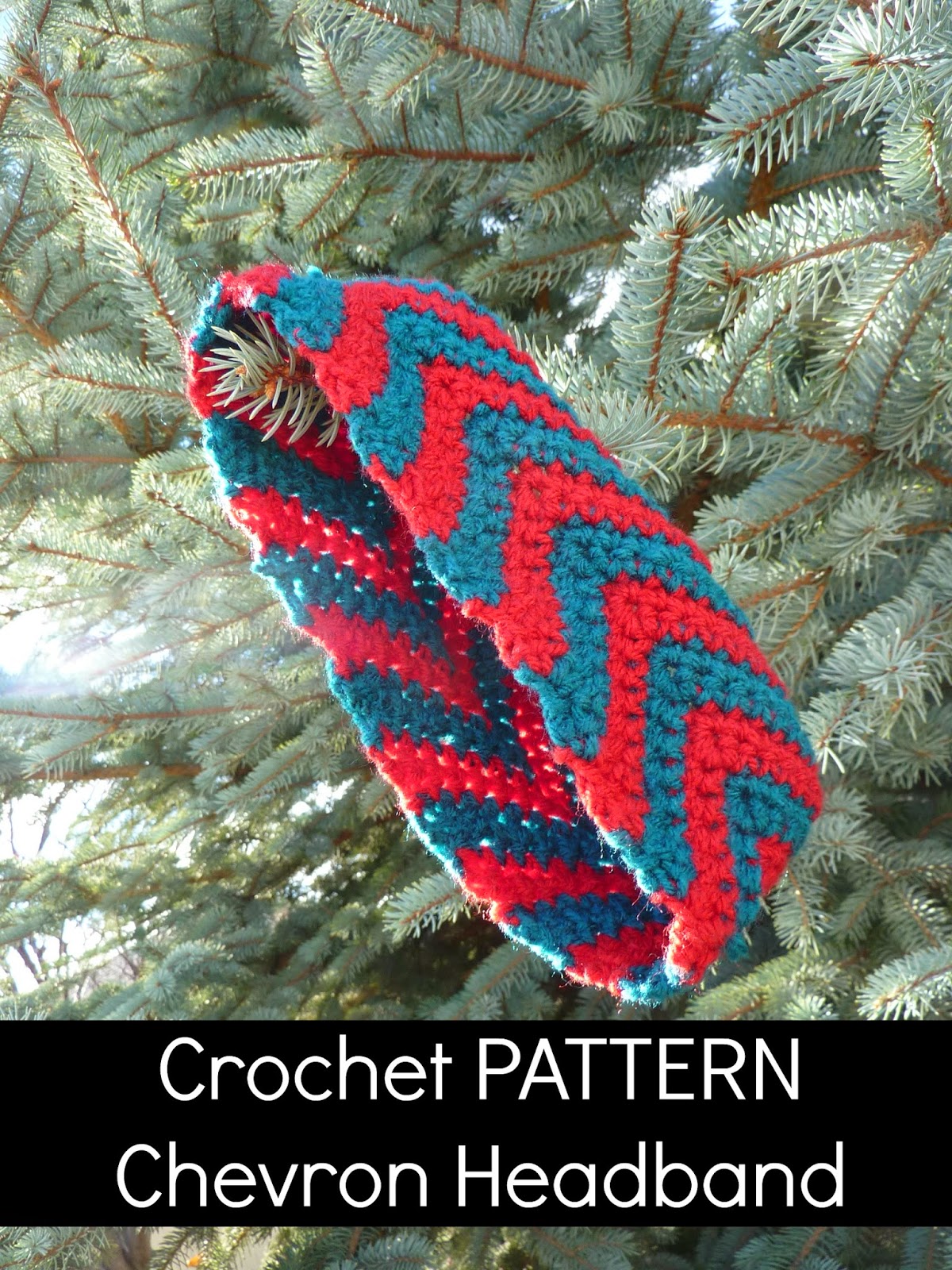 For the little girls in your life, you can crochet some cute korker bows in all their favorite colors! 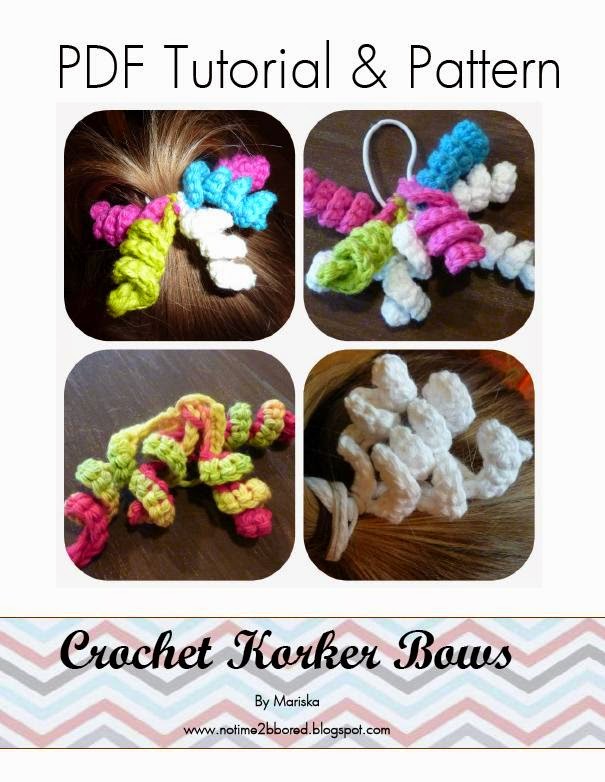 All these patterns are available HERE.

Posted by Mariska at Saturday, December 13, 2014 No comments: 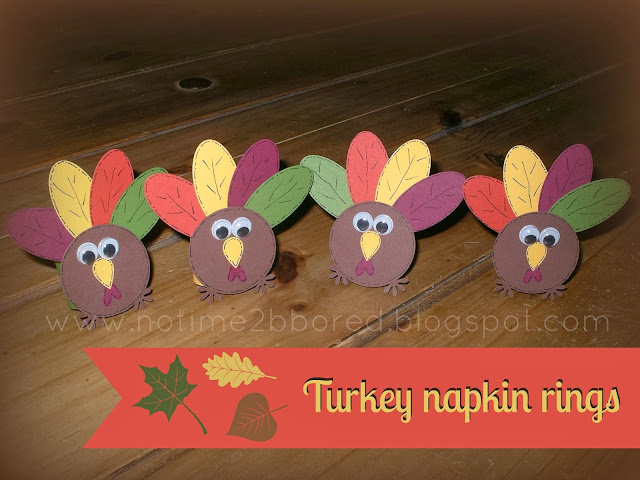 These turkey napkin rings are fun to make and a cute addition to your Thanksgiving table.

You could also attach a name tag so that they will serve as a place card. 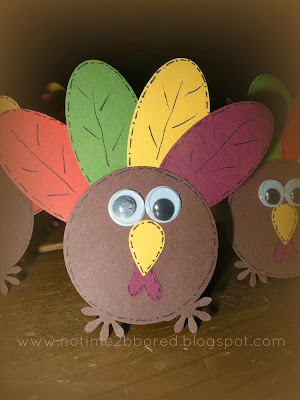 I used punches to punch out the pieces, but you could go with basic, hand-cut shapes as well.
You just need some basic supplies: cardstock, googly eyes, scissors or punches, and adhesive. I used a black pen to outline the pieces for some added interest.

You can assemble these yourself, but it also makes a fun kid craft. 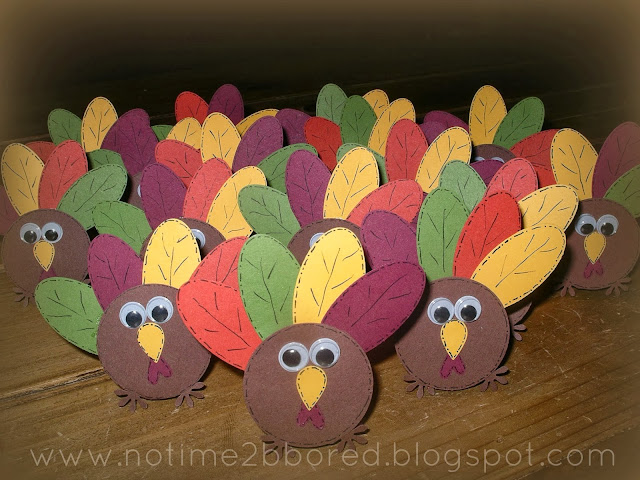 I made these 5 years ago, long before I was blogging, and was just reminded of them, so I decided to share them...

This is how they looked on the table: see if you can find them, they're pretty small compared to that big table (which isn't ours - we celebrated Thanksgiving elsewhere). 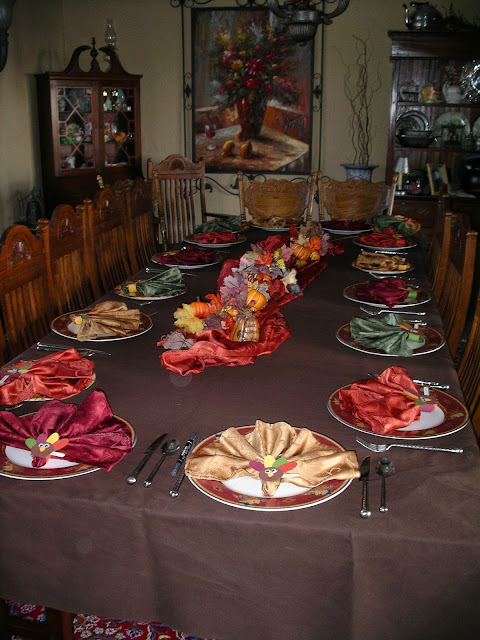 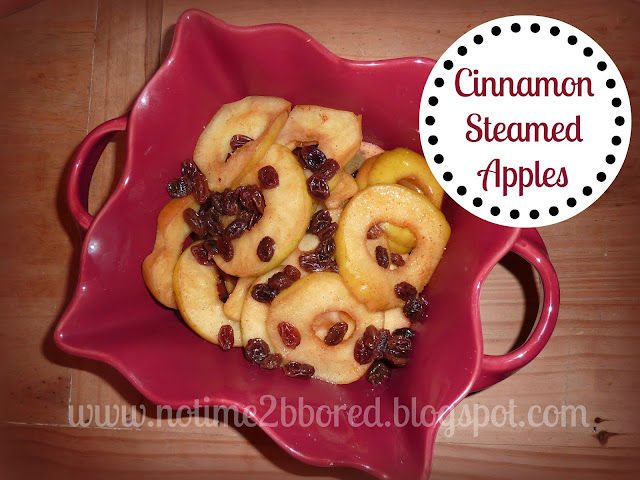 Are you looking for a simple but delicious side dish to complement any meal?
Look no further!

I really enjoy this simple dish.

Ingredients:
Apples (I prefer them a little tart, like Granny Smiths or Jonagold, but you can really use any kind)
Raisins
Cinnamon
Brown Sugar
Water

Begin by washing and coring your apples.

Slice them, about 1/2 inch slices.

Put them in a frying pan with 1/2 cup of water.

Add raisins, cinnamon and brown sugar to taste.
I don't give exact amounts, since it depends how sweet you like your apples to be.

Put a lid on the man, and steam your apples till they are tender. It shouldn't take long, maybe about 5 minutes. 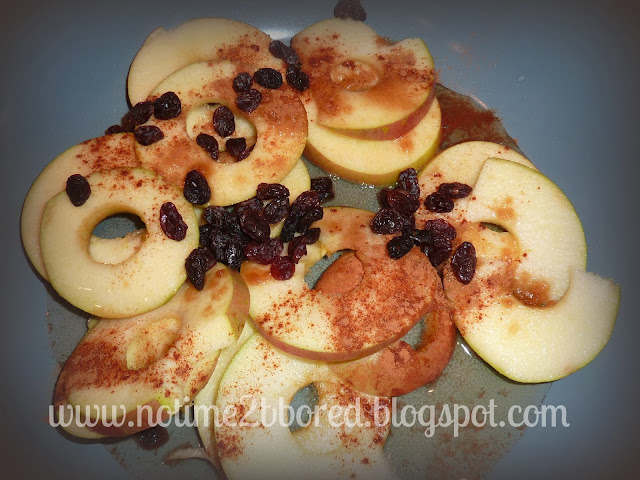 And that's all! Easy enough to eat with an every day meal, but also kind of festive, so it could also be a side dish for your Thanksgiving dinner!

Shared at Sugar Bee Crafts and Tatertots and Jello.

Happy Down syndrome awareness month! Update on our daughter...

October is Down syndrome awareness month!

Those of you who have been following this blog for a while, may remember that during the past two years I took part in the "31 for 21 Challenge". I blogged every day in October to raise awareness for Down syndrome.

This year, I decided not to do the challenge.
As my daughter is growing, I realize that I have not many new things to share about Down syndrome.
She is just who she is, and I don't seem to think about her having Down syndrome as much as I used to.

If you're new here, you might want to read more about our story HERE.

Our beautiful girl is almost two and a half already! 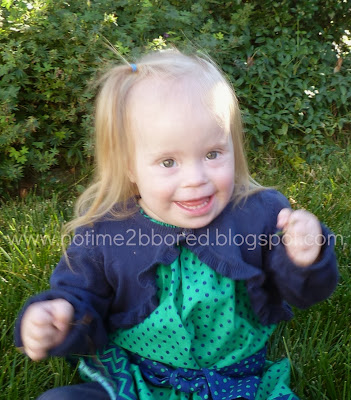 She is doing very well and she has the whole family wrapped around her fingers.

There are certain things she isn't able to do yet, which a typical two year old would be able to do already, but rather than focusing on the things she can't do yet, I will tell you what she CAN do, since that is so much more important.

She understands simple commands in Dutch as well as English.
She can say a few words, and uses some American Sign Language.
We decided to raise her bilingual, since that is what we did with her older sisters.
We are aware of the fact that that might slow things down, but feel that in the long run we would regret if we wouldn't give it a shot.
So, combined with sign language, she is working on mastering THREE languages!

She can feed herself, using her hands or a fork.
She simply loves food, there is hardly anything she doesn't like.

She is a loving mother to all of her baby dolls, and hugs and kisses them a lot.
One baby always has to keep her company when she goes to bed.

Speaking about hugs and kisses, our girl is the most cuddly little girl I know.
I just LOVE how she wraps her little arms around my neck and kisses me!

She loves to make friends, wherever we go. Whenever I am at a check register paying for something, most of the time she spends her time waving at the people behind us in line, who she is facing, since she is sitting in a shopping cart.
We have started lots of conversations that way.

She is a speedy crawler, stair climber, and can take some steps without help.

When things are outside her reach, she finds a stool or box or whatever else can help her to get higher up. Just last night she decided to climb the ladder of her sisters' bunk beds, but we stopped her when she was on her way to the second step up.

She likes baths.
Recently, she was worried to miss out on a bath with her sisters, so she decided to dive in on her own.
Unfortunately she didn't take time to undress first.
(Another skill she just mastered, when SHE decides it is time to undress...)

Books: she LOVES books, she likes to look at pictures, read to her dolls,
or just distribute them throughout the room.

She loves to 'cook' food for us in her play kitchen.
She shares it with us, or eats it herself, saying "Mmmmmmmmmmmmm!"

Coloring: she loves coloring!
We give her crayons, but she prefers markers or pencils.
She drew some artwork on one of our walls, fortunately she used a pencil for that one!

Whenever she hears music with a beat to it, she hops up and down, right on the beat. Her current favorite is her older sister's multiplication table CD, which is pretty funny. It has the multiplication tables on fast rap-style music, and she just LOVES it.

And she also likes to MAKE music. I cannot have the piano to myself anymore, every time my little musician HAS to come over and add some bass to my music. Or she wants the whole piano for herself. She used to just bang on it, but now she is starting to use her individual fingers more. So we may have a future pianist on our hands.

Laundry is one of her favorite 'chores'.
She loves to unfold laundry, we're still working on the folding ;)

When I am sorting laundry to be washed, she is eager to bring me any clothes that she finds in her room, that need washing too according to her. So cute! Until she starts to get them out of her drawers, that is!
The other day I was trying to find her socks after her nap. Couldn't find them anywhere, and I thought she must have tossed them behind her bed.
Well, when I took a batch of laundry out of the washer, there they were: two tiny red socks that I hadn't put in that pile. Fortunately, she hadn't picked my white pile. So I realized she must have taken them off before her nap and added them to that pile without me noticing it.

OK, I realize that this is getting quite long here. Our little girl has SO much personality, that it is hard to just share in one post, but I hope you get the idea.

Email ThisBlogThis!Share to TwitterShare to FacebookShare to Pinterest
Labels: Down syndrome, Down syndrome awareness month, thoughts 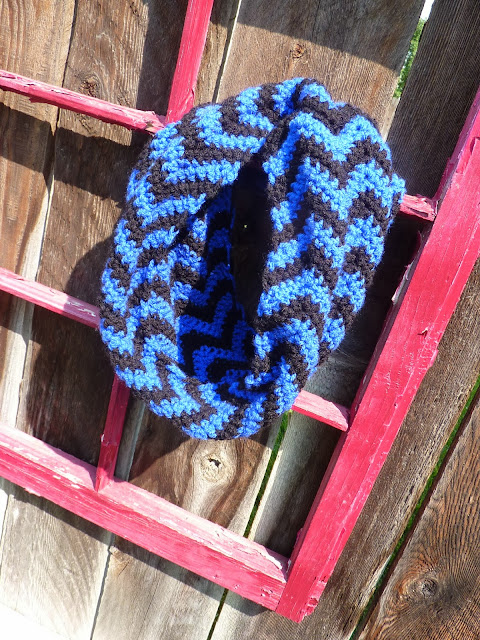 I designed a pattern to create this chevron infinity scarf.
I guess you could call it a cowl, too... 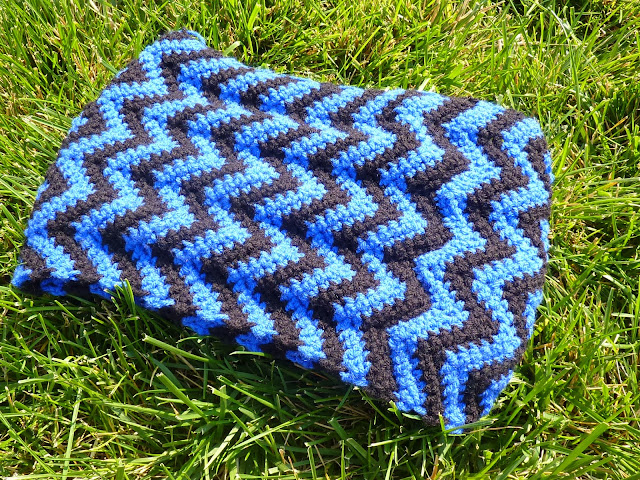 I love how cozy these scarves are, and they are a perfect way to make an outfit more interesting, and keep you warm during cold days. 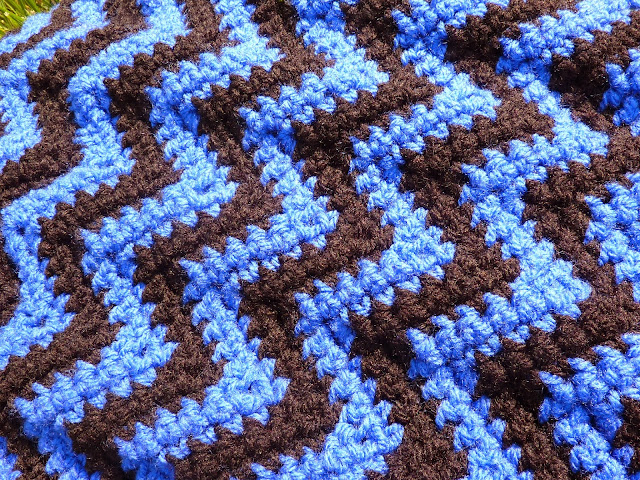 You can buy this pattern in my Etsy shop.

It is pretty simple, so even for beginners there is no excuse :)

It's an instant download, so as soon as you have paid, you can download the pattern and start working on your scarf!

Shared at Suburbs Mama, Sugar Bee Crafts and Be different, Act normal and The 36th Avenue. 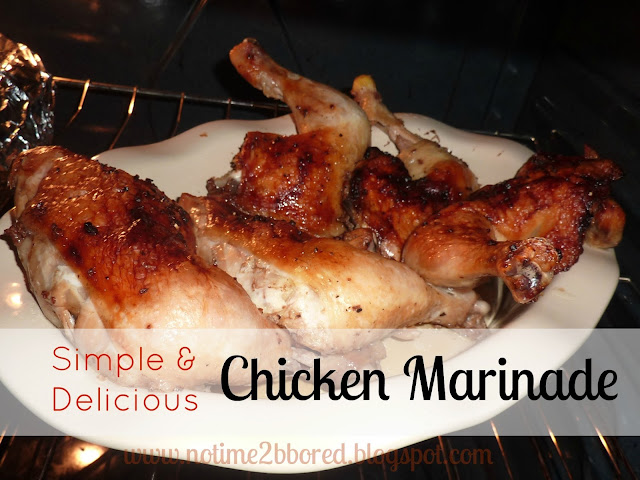 I love this simple marinade, made of ingredients I usually have on hand.
It tastes great on chicken breasts, chicken legs, whole chicken, you name it.
I have used it for chicken prepared in the oven or on the barbecue.

Combine ingredients, marinate chicken in fridge for about 4 hours (I have done it shorter, too, and it still tastes great).
Then, grill or cook as you would normally do.

Welcome to my blog!

Mariska
I am the proud mom of 3 little girls. I love to craft, and am always trying new things. My kids like to craft as well, so I also like to do kids crafts with them! We're always busy doing something, so therefore the name of my blog :) Look around and I hope you like what you see! I love to hear from you!

My shop: patterns and tutorials - Now available as Instant Download!